If you’re thinking about upgrading your roof, like millions of other homes in the United States each year, you might want to consider adding solar panels as well. In fact, during the next decade, an average of 2.3 million single-family detached houses will require roof repair. Even if only a percentage of those homes switch to solar at the same time, it would be a big step toward the United States’ decarbonization ambitions. Here’s everything you need to know about it.

First and foremost, are the costs. Roof replacement costs around $10,000 on average, depending on the size of the roof and other considerations, and it can last anywhere from 20 to 50 years depending on the materials used. The average cost of building a home rooftop solar array, according to the National Renewable Energy Laboratory (NREL), is $19,000. When combined with a roof replacement, the overall expenditure can reach nearly $30,000; however, according to NREL experts, the average cost might be $25,000, potentially saving households $4,000. You may also be qualified for the federal solar photovoltaics tax credit, which might help you save money by covering up to 26% of the cost of solar arrays erected in 2021 or 2022.

Choosing solar during a roof replacement will save you money in other ways as well. Solar panels have a lifespan of roughly 25-30 years, which is comparable to that of a roof. You prevent having to have your solar panels reinstalled after rebuilding your roof by doing both at the same time, which can save you money in the long run.

The value that solar brings to your home is yet another financial benefit. Solar panels are seen as enhancements, according to a survey from Lawrence Berkeley National Laboratory, and home buyers across the country are ready to pay an extra $15,000 for a home with an average-sized solar array. Furthermore, evidence suggests that properties with solar panels sell faster than those without.

Then there’s the globe. By the end of the decade, the United States will need to grow solar installations to around 70 gigawatts (GW) each year in order to decarbonize the electrical industry (up from 19 GW in 2020). Installing solar on new homes or during roof replacement adds around 30 GW of potential solar capacity each year, which would make a significant hole in the United States’ carbon emissions. In addition to the energy efficiency benefits of a new roof—especially if the new roof is reflective or a green roof—the greater solar capacity would minimize the country’s influence on climate change.

Making a major investment in your house necessitates considerable thought. When you examine the benefits and drawbacks of adopting solar, as I did, you’ll realize that it makes financial sense—and it also helps the environment. While upfront costs may be a deterrent, financing and low- to moderate-income programs are available in some states to assist you in going solar while still saving money. 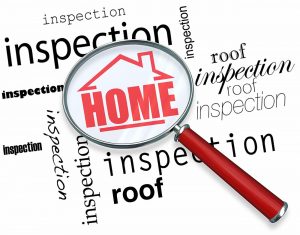 Something Your Home Inspector Won’t Tell You Which Roofing Design Is The Most Hurricane-Resistant

How often do you think about the roof, the most vital portion of the house? Your home’s roof shields everything you treasure. Roofs all around Hikers in Knoxville frequently focus their attention on the Great Smoky Mountains, which provide stunning views and densely forested routes. However, if you know where Knoxville may appear to be a modest, unassuming city, but don’t be fooled. Locals will soon inform you who is serving the best food and